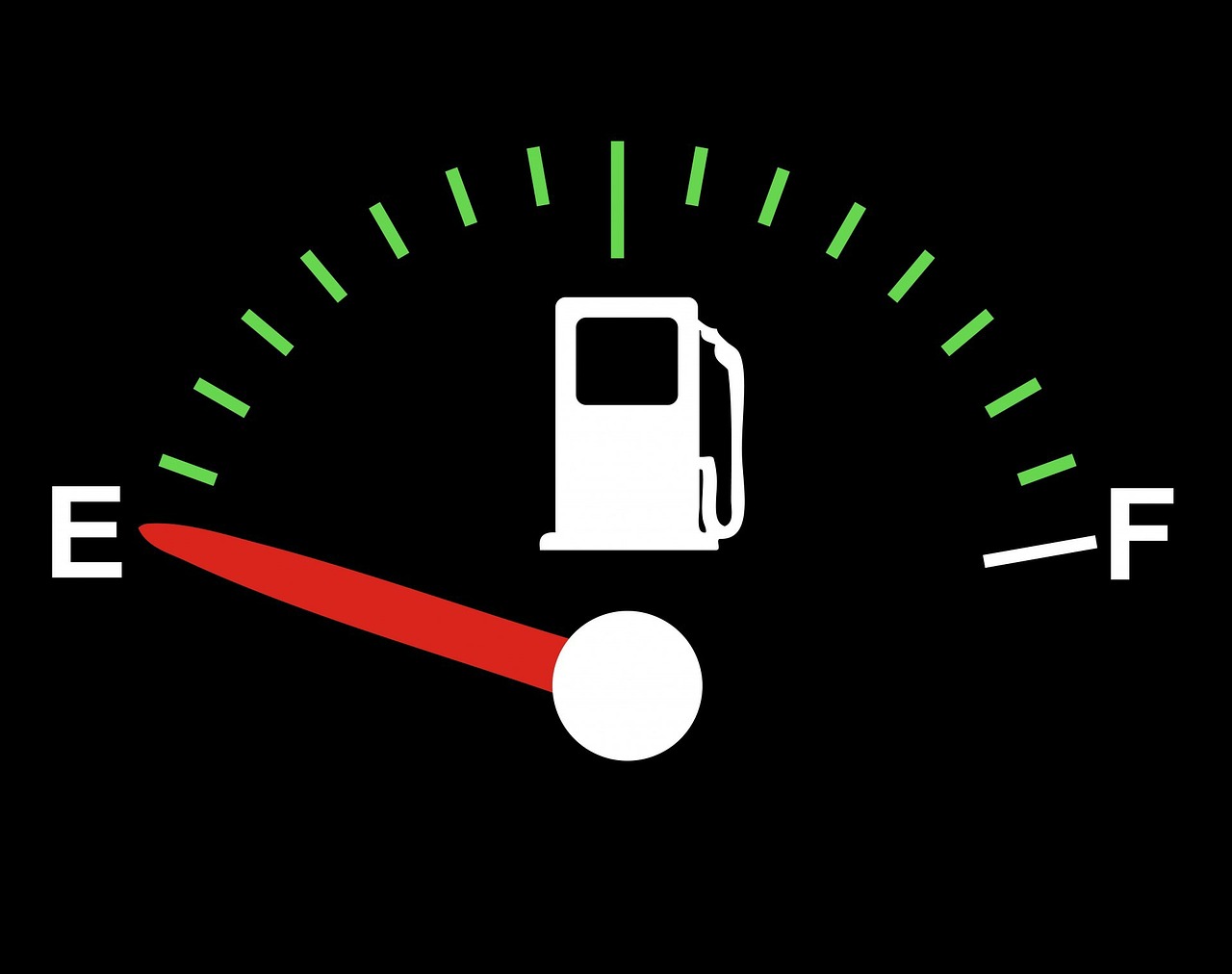 I knew it was going to happen soon, but it still shocked me when it did.

“Out of Fuel!” the alarm sounded. The yellow light next to the fuel stayed on, taunting me. Then I read the “Distance to Empty” gauge – 20 miles.

20 miles? Surely there’s a gas station within 20 miles. No problem, even if we decided to take a more decidedly rural way to our destination. Wait…Oops. passed that exit. Damn, that gas station is on the other side of the highway.

With the AC blaring, that distance to empty number started going down faster than anticipated. Jumping to 15, then 5. I’m fumbling with Google Maps at this point to find a suitable gas station, only to find that the nearest one was actually closed. Then the gauge goes to 0, with nary a gas station in site. Gulp! I’m in the car alone with you three, and it was close to 100 degrees out. I had visions of being stranded on the side of the road, our desiccated skeletons being found by passers-by sometime in the dim future.

We were several miles into “Distance to Empty: 0” when I saw a gas station that was open, mercifully. I pull in grateful for the hydrocarbons to fill the tank. When I did, however, I was shocked to find that I easily still had another couple of gallons.

“Daddy, what are you mumbling?” you had asked, after hearing me curse under my breath coming back in the car. All that worry for nothing.

But then I remembered this one afternoon, during the the mythical time when your mama and I were still dating. It was December, and we had only been dating a couple of months. I was driving your mama’s car, and it was one of the first times I was doing so. I also didn’t know – because your mom failed to tell me – that her car had a unique flaw in that the gas gauge didn’t exactly work properly. It wouldn’t fall into the red zone to indicate low fuel, and therefore the idiot light never came on. And- like an idiot- kept on driving.

I also remember feeling (at the time) that anyone who ever ran out of fuel was a moron. So when the car started sputtering and surging, and we had to pull over to the shoulder of the capital beltway, the LAST thing I thought about was the fuel. Until your mama told me about her car’s particular quirk. (“I never let it go below a quarter tank, she then tells me.)

Instead of getting upset, I called AAA and we waited outside of the car (for safety’s sake), singing Christmas carols to passing cars and huddling to keep warm. After a while we got some emergency gas to limp along. To this day it’s still a happy dating memory.

As an aside, I never thought about people who ran out of gas as morons again.

So it seem as if you can’t always trust the gauge. The measurement can be off – either you have more fuel in the tank, sometimes you have less than you think. Either way, though, trust you’ll be fine. Being empty is just a temporary state.