#25: Look at what's in front of you, not just the horizon. - The Dadvisor
Skip to content 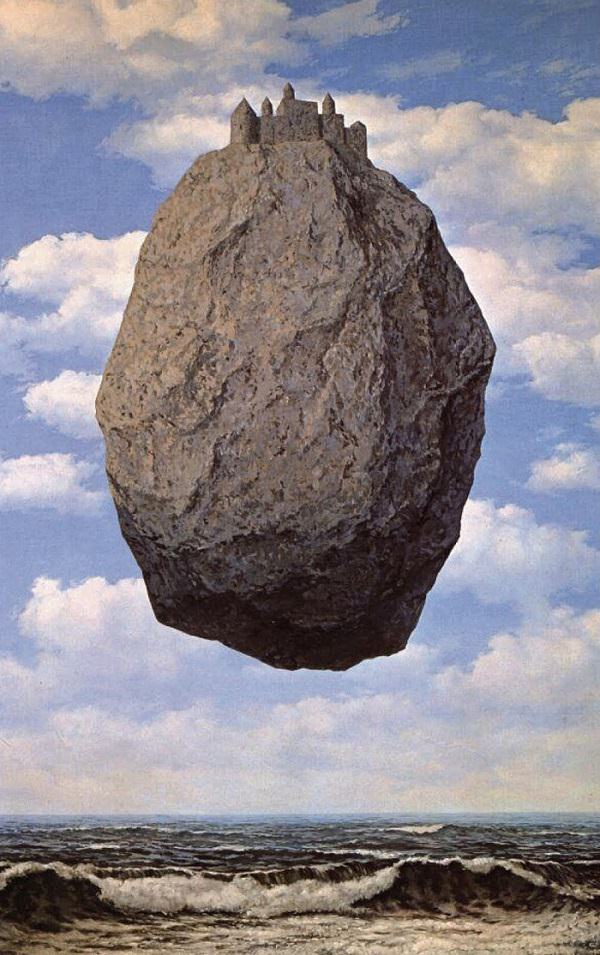 If you have built castles in the air, your work need not be lost; that is where they should be. Now put the foundations under them.

(from one of my favorite webcomics)

Many people – including me – will tell you that you can do whatever it is in life you want. That if you want “it” enough and work “it” enough, “it” will happen for you. “Dream big and aim for the stars! Maybe you’ll only land on the moon.” I had that on a poster on my dorm room wall at one point, I think. (Or maybe it was the other way around?)

But I’m afraid that sentiment is only semi-true. And by semi-true, I mean only a little true.

I don’t mean to knock big ambitions and dreams. In fact, I highly encourage them. There’s a reason why the biggest print in our house is that of Magritte’s Castle of the Pyrenees.  It looms over my office desk as a reminder that life is meant to be aspirational, not banal. I often forget that it’s there in the background. But every so often I happen to glance up and stare at it, drinking in the implications.

So when you say “I want to be President!” or “I’m going to go the moon!”,  I’ll smile and encourage your enthusiasm and vision.

But adulthood is strewn with people that have big eyes but are daunted by the ascent to their ultimate goal.  The destination is TOO big to digest. It’s natural to be dismayed at a sheer rock face in front of you, especially when you have no idea on how to plant that first foot or a plan on where to go on from there. And while it’s true that anyone who climbs Mount Everest doesn’t aspire to simply reach base camp, you must reach base camp first to do it.

I’m still learning this. Almost every year in my 20’s and 30’s, I would start the year off with audacious goals. “Run a marathon!” was a common one. Meanwhile, I got massive shin splints after barely a mile. Every time I got up to lace up my sneakers, I’d look at how far (literally!) I’d have to go before I could cross that off my goal list, and I’d be disheartened. Inevitably, I’d give up. Yet every year I’d still persevere by putting it on my goal list.

Now, my goals are more modest. Not that I’ve given up the idea of running a marathon sometime in my life. But there’s a difference between singularly focusing on your ultimate goal and using that goal to orient yourself as far as the smaller achievements you need to accomplish to get there.

Speaking of which, I think it’s time to go outside for a run.

(Or maybe I’ll start with a walk.)