#5: The Difference Between Being Alone and Being Lonely - The Dadvisor
Skip to content 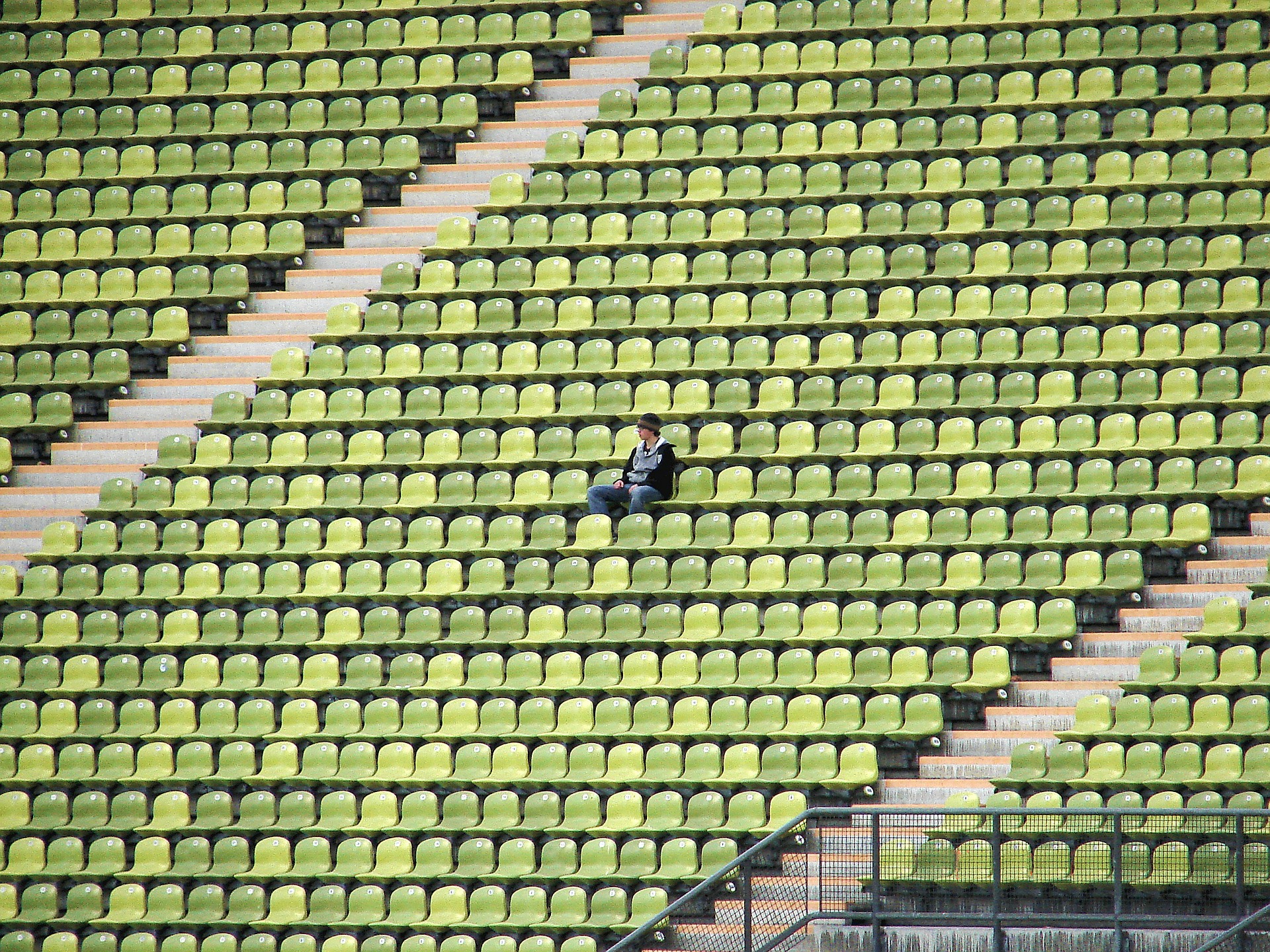 A few minutes before the inception of the year 2000 – when I was 25 – I found myself lost in a sea of people, unable to fully understand what was going on around me. It was in Paris, a few short blocks away from the Eiffel Tower and I was by myself.  I was standing in the center of a road leading up to the Trocadero,  dressed up in my snazziest suit (back when I still had hair on the top of my head) and separated from the people I had come with (a long story which I might tell you when you’re much older).  Thousands of people surrounded me that night, all of them counting down to the new millennium – figuratively if not strictly technically – and all of them full of anticipation and joy for the moment to come.

The moment when the clock struck midnight and that crowd erupted into a cacophony of joy all around me was the singular loneliest moment of my life.

It didn’t matter that I was in a veritable crush of people, pushed up against each other while watching the fireworks to celebrate this new year. If anything, the difference between their collective joy and my internal state made my feelings of loneliness all the sharper.

At the moment, you are having trouble being by yourself. Whether it’s to get changed for school in the morning, or to brush your teeth, or to fetch something in another room  – no matter what it is, you become apoplectic unless someone is with you. In your short life thus far, you’ve consistently been this way. Something in your makeup leaves you bereft if you are alone. Granted, you are “getting better” with this as you continue to mature, but I suspect that your natural inclination will always be to eschew alone time.

All of us have to be comfortable being alone. We spend so much of our lives in that state.  But there is a vital difference between being “alone” and feeling “lonely”. Feeling lonely is not an inevitable outcome, but often a choice we make.

Let’s go back to France:  After the clock struck midnight in Paris that evening and after the initial ruckus, I felt a responsible need to check in with my hosts. This was before cell phones and texting, so the only thing I knew to do was to make my way back to where we were staying to try to find them there.  I fought against the currents of humanity that were sweeping the other way. There were pockets of people on the street scattered about, kissing each other and chattering away in French. One woman met my eye and gave me a Gallic greeting and, perhaps sensing that I was by myself, beckoned me to join her little group of people. Another woman in the group grabbed my other hand and joined in with “Allons-y!”

So there I am, in Paris, a fresh century, in my snazzy suit, being actively pulled toward fun and who-knows-what by two not-unattractive women. What do I do?

I pull back the other way, hard. Until they let go. I try to convey my regrets and then forge on alone.  The universe gave me what I needed, a chance for new connection, a chance to alleviate that loneliness. But I was closed off to the opportunity. I didn’t even see it.  I had my blinders on.

It’s not the absence of other people that will inspire loneliness in you. It’s that lack of connection that you feel. And if you aren’t open to it, you won’t feel it. Even if you are partying like it’s 1999.

Obviously, I’ve struggled with this a good bit in my life. Here are a few things I’ve found that have helped me make the choice to be alone but not be lonely:

When you do feel that deeply unpleasant disconnection, the most obvious thing to do is to connect. Reach out to people. You don’t need to suffer in silence. You don’t even need to be completely transparent as to why you are reaching out.  Saying “I’m feeling lonely, and I thought I’d reach out” does mean expressing your vulnerability, although not expressing it doesn’t mean you’re actually any less vulnerable. If you do reach out to someone you trust, they might pleasantly surprise you as to how responsive they can be to your frank expression of need.

Paradoxically, the most connected-feeling state I had ever felt had been when I’ve been by myself. It’s most often happened while I’m alone in nature. I can remember hiking in Arches National Park, and I caught a glimpse of clear blue sky through a red rock archway. It was if I was looking through the eye of the creator. Nobody was around, but I felt a profound interconnection with something, everything.

You will have friends that come and go over your life, so you’ll have plenty of opportunities to deepen your friendships over time. I’ve found that once I had even a couple of deeper or more substantial friendships, the less I felt that feeling of disconnection when I was alone.

If I inventory those times that I really felt that disconnected feeling, it was when I was trying to force myself to be more social around people that I don’t really know. While my introverted nature doesn’t mean that I don’t like social time, it does mean that I am not as recharged by it as pure extroverts are.  But we live in a society which values extroversion, so it’s easy to get caught into a current which sweeps you up into being around people even when you might not otherwise want to be. This is a case where you would otherwise feel okay being alone, but forcing yourself to be around people intensifies that isolation.

Isolation and loneliness are very “me” centered feelings. This is neither the first nor last time I’ll encourage you to perform acts of service, but if you do so you can bypass some of those inward-directed feelings altogether. At least for a short time. And you might find connection with the people you are serving with or with those whom you are serving.  Fostering feelings of sincere community and creating a web of connection will cushion you and give you resources in those times that you will need it.

There’s an internal shifting equilibrium that you will have to manage between wanting connection and wanting independence. That may be especially true now as you are maturing, but I can assure that as an adult it doesn’t necessarily get easier. The best thing I can teach you is that when you do feel a difference between your wanting to be connected and wanting to be alone that generates that loneliness, manipulating your environment and your external state may not be the complete answer.